How Technology Advancements Has Its Impact on Us 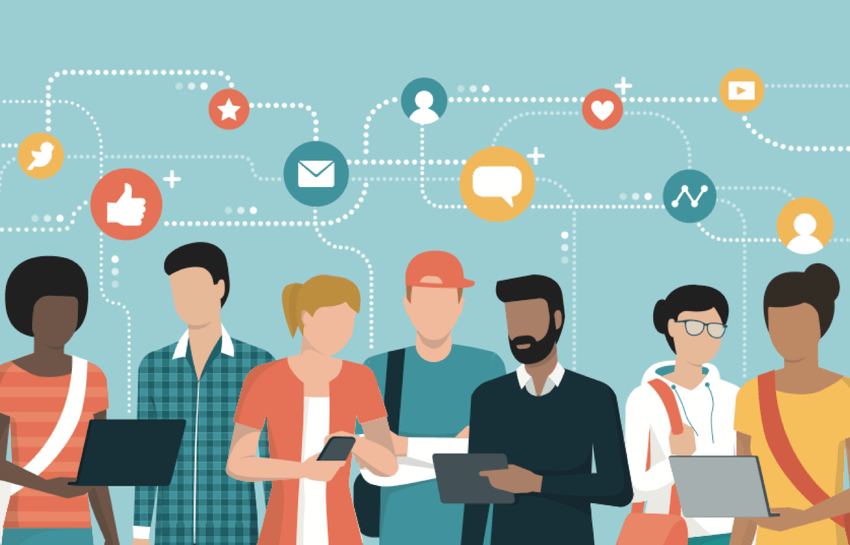 The inception of mobile phones in the market has undergone many changes over the years. The early models were extremely clunky, big and heavy devices with poor reception, batteries that didn’t last long, low-resolution cameras and so much more. Today’s smartphones are none of these things. They slip easily into your pocket, take high-quality photos and videos through their advanced cameras, have built-in GPS for tracking purposes, and come with limitless internet connectivity options via 3G or LTE networks amongst other features that we can’t seem to do without today.

With this progression in mobile technology, our lives have dramatically changed. The convenience that it brings us has made life so much easier than before where information was mostly stored offline and its availability depended on the availability of the person you needed to talk to. Now, instead of waiting for someone to return your call or reply to your text message, you can simply check their social media profiles on Facebook or Twitter to see if they are online because whether or not they are able to answer is now no longer an issue.

Convenience has become a huge part of our culture with society growing more dependent on these technologies for almost all aspects of everyday life. Yes, there are still people who don’t own smartphones but it’s becoming harder and harder as time goes by because why would you want to go back to the old days when it took 5 hours to download a single movie from BitTorrent or wait for an excruciatingly slow dial-up connection if you can enjoy instantaneous access to anything and everything with just a touch of a few buttons.

Technology has opened up this world and made life easier than ever before, but not all is rosy as we’ve become slaves to our reliance on technology at times. Imagine yourself in this scenario: You’re waiting for an important phone call and your smartphone’s battery dies right before the call comes in so you don’t get it after all even though you were so excited about talking to them. This also applies if you wanted someone to send something very important via text message or email but it never came because their mobile device was out of battery too. Now, there’s no way you can get information from them anymore because technology has taken away the escape path that could have saved you from so much stress and anxiety without it.

Convenience is supposed to make life easier but what use is an easy life if it makes us more vulnerable than ever? Technology isn’t all bad, though. It’s clear that we just need to take things slow every now and then lest we want to become slaves to our own dependence on gadgets that are capable of doing pretty much everything for us just with the press of a button. This article wasn’t meant to discourage the use of technology.

However, there is a dark side to such advancements as well. People literally stay glued to their phones nonstop whether it is during social events or family gatherings – even during funerals in some cases. This is a major cause of concern with the youth in particular who have grown so accustomed to using their phones that they can’t bear to be separated from them for even a few minutes.

Parents worry about how addicted their children are to their mobile devices and try many methods such as taking away the phone or imposing strict limits on any use at all but these measures hardly ever work. In fact, most kids will go out of their way to find ways around them by hiding their phones in places where mom and dad won’t find them, turning off all audible notifications during class times, and much more.

It’s a common sight nowadays to see people texting while walking down public streets or through shopping malls completely oblivious to their surroundings. Mobile devices have literally become an extension of the human body and sometimes people feel naked without it to the point where they literally forget to eat or drink because they are too busy texting away.

The addiction is so bad that even thieves have started employing mobile device “detection” tactics by standing outside popular locations, scanning crowds for individuals who are staring at their mobile phones instead of looking around them before pouncing on unsuspecting victims who are distracted by their mobiles.

This free app could help save your life

Parents also need to be wary of how children use the internet via their mobile devices as well. There are literally thousands of online predators trolling social media sites posing as teenagers waiting for underage kids to befriend them so they can take advantage of them later. These predators often use the likes of Facebook and Instagram as a hunting ground for their next victim by befriending random kids who seem to be lonely or troubled in some way and then trying to lure them into meeting up with them somewhere secluded where they can’t be found.

Thankfully there’s an app known as “Aware” that parents can download onto their children’s mobile devices which will cause it to send the parent an alert message if and when their children come within a set proximity of registered sex offenders who live nearby – thus letting the parents know something is amiss and allowing them to take action before any harm comes to their child. The same goes for adults as well who can download the app and set it to notify emergency contacts if they find themselves in an emergency situation near a registered sex offender.

This demonstrates how technological advancements can have both positive and negative results on human behavior, even opposite effects at times depending on the person using them. So next time you reach for your mobile device to complete a simple task such as texting or surfing the web make sure that it isn’t going to interfere with what’s really more important in life – family!

The inception of mobile phones in the market has undergone many changes over the years. The early models were extremely clunky, big and heavy devices with poor reception, batteries that didn’t last long, low-resolution cameras and so much more. Today’s smartphones are none of these things. They slip easily into your pocket, take high-quality…

No comments to show.